Are Live Sports Worth The Cost?

I went with a friend into the city to watch a hockey game this past weekend. It wasn’t even an NHL game, it was just a WHL game. (Western Hockey League, a top league for under 20 year old players, for those of you unaware) which is still good hockey, but definitely a step down from the pros in both skill and parity of the teams. But we went anyway, watching one team really beat up on the other, all while having to hear the guy behind us explain the intricacies of the game to his children, who were either really dumb or had never attended a hockey game in their lives.
Let’s go with option B, to give those kids some credit.

Even though we went to more budget friendly WHL hockey, the evening was still a significant cost. Our night cost:
$100 for dinner (granted, very expensive. We went to a nice place)
$46 for two tickets
$13 for parking
$11 for two bowls of ice cream
$170 total, not including any vehicle costs to get there
This is a lot of money to spend on a hockey game. Even if you strip out the expensive dinner, it’s still kind of an pricey night. And we went with a much cheaper option than one of the 4 major professional leagues. My experience begs the question: Is going to live sports worth the cost?

Today, in the age of LCD high definition televisions and surround sound systems, watching the game at home is a better option than ever. You also have the option of stretching out on your couch, instead of cramming into an uncomfortable plastic seat. If you have a really awesome wife, you can get her to make you food while you just sit there and eat it. I’d recommend getting a wife like that, or at least going to someone’s house where his wife will serve you. Stereotypes are fun.
Watching sports at home has all sorts of other advantages too. The popcorn might not be as delicious as the stuff at the hockey game, but the cost will be about 90% less. It’s the same thing with the nachos or the ice cream. The markups at the hockey game are borderline obscene, but they know you have no other choice, so you’ll indulge in some overpriced snacks. Or, even worse yet, beer. And this isn’t even factoring in things like 50/50 draws or other things that raise money for the local team. If you watch at home, all those potential money drains aren’t there to tempt you.
Ever watched a game live and missed the best part because you were checking out the hot girl two sections over? We’ve all been there. If you watch at home, there will be 14 replays of that great play, and even more if there’s a PVR involved.
Cutting out cable TV is often presented as an easy step toward getting your budget on track. But, without cable, you might be tempted to spend more on either going to games or going to sports bars to watch them there. Suddenly cable looks like a real bargain compared to the alternatives.

I’m not going to ask you to cut out going to live sports altogether. As a sports fan, I can attest, live sports are awesome. Sports are meant to be watched live. The atmosphere in the building is difficult to describe, especially during a tight game. People watching is often every bit as fun as watching the game. Seeing your favourite team surrounded with like-minded fans is great, especially when said team is winning.
If you can’t bear to cut out going to live sports, at least be selective about the events you go to. No offence to Winnipeg Jets fans, but there’s no way I’m shelling out cash to watch that team play. It’s the same thing with the Houston Astros in baseball or the Miami Dolphins in football. If someone wants a pal to go watch the home team play a crappy opponent, maybe pass on the invitation. Save your time and money for a better game, even if you have to shell out a little more for tickets. Quantity isn’t necessarily the goal when it comes to going to live sports. I know it’s tough to resist the opportunity to watch your favourite team live, but maybe you should, at least sometimes. Your wallet will thank you.

If You’re a Mutual Fund Person – Why Not Berkshire Hathaway?

Here’s A Quick Way To Get Cash 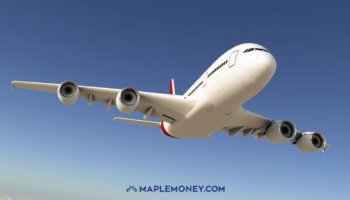 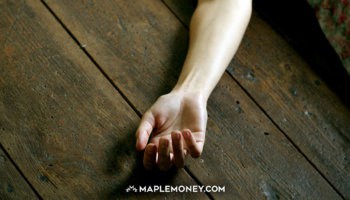