Can Anyone Really Deny The Canada Housing Bubble Any Longer? 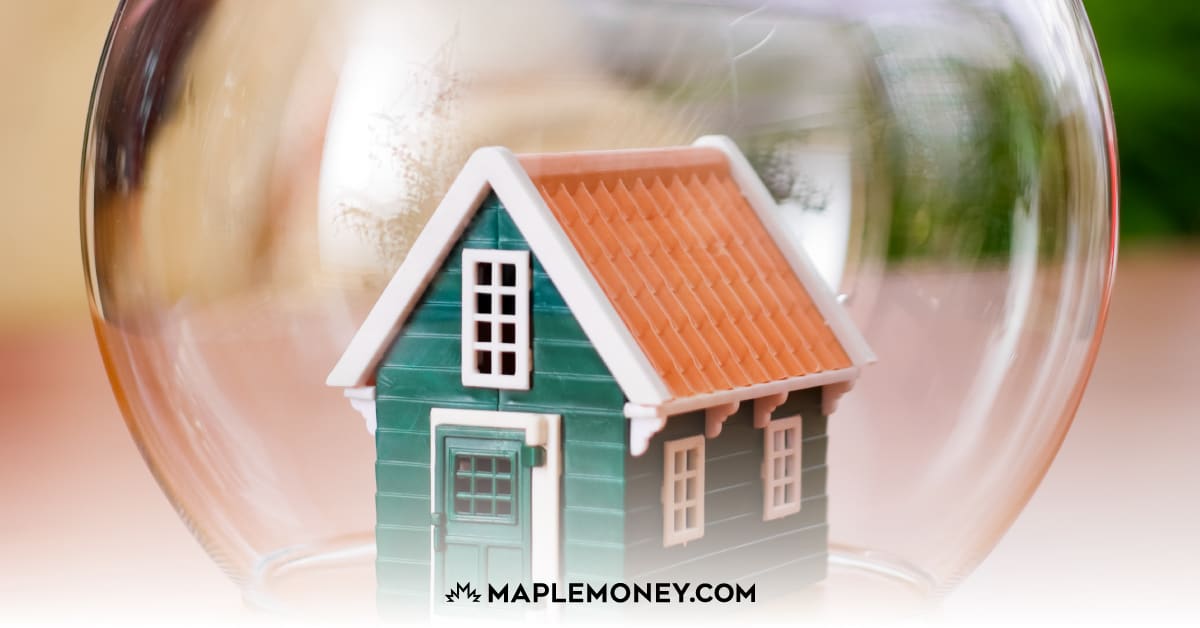 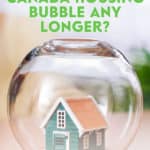 Ok, I know I am not exactly breaking any news here, but if there are still people out there that believe Canada’s metropolitan centres are not in the middle of a large housing bubble, then I wish to tell them I have joined the ranks believers.  I should first qualify my statement a little.  I think it is a misnomer to say that “Canada is experiencing a housing bubble.”  Instead, it is more accurate to say that our biggest centres (namely Vancouver and Toronto) are experiencing a severe real estate bubble.

Homes in other areas are probably fine.  For example, I live in the prairies, and with all the natural resource extraction going on, combined with some of the most profitable circumstances for farmers in decades, I assume home prices will continue to rise at a healthy rate.  If you live in the Martimes, chances are that you have never seen a real estate boom in your life (or you’re old enough to remember Confederation), and with the offshore drilling going on for next couple decades, you should be fine as well.  Us country mice might feel a few aftershocks if the house of cards (which could be an accurate metaphor for the lack of construction value seen in many new houses today) comes tumbling down, but our urban brethren will undoubtedly be harder hit.

If I Had a Million Dollars I’d Buy… an Old Bungalow?

So what event pushed me to cross over to the side of real estate bears?  Globe and Mail recently had a story about a not-so-special bungalow in Toronto.  This run-of-the-mill house was built in the 1960s, and includes 3 bedrooms.  From the details of the story, and the picture provided, there doesn’t seem to be any extenuating circumstances.  Actually, it looks a lot like the house I currently own, but with less of a yard, and a smaller garage.  So when I saw an asking price of $759,000 I thought it was pretty high, but then I realized what the headline of the article pertained to.  You see, this house managed to sell for over $1.18 million dollars!  This “everyman’s house” that had the good fortune to be built in a decent neighbourhood sold for $421,800 over the asking price!

This simply tells me that something is off.  When a house sells for over a million dollars, it should belong to a rich person.  Yet this is not a rich person’s house.  The story went on to say that the buyer was a foreign student.  Maybe this elite immigrant phenomenon is what is driving up prices in Toronto and Vancouver, and maybe it isn’t quite on the level that USA speculation was before their crash, but there is definitely still a major real estate bubble that is read to burst in these cities.

Now the Canadian government will tell you that this is impossible to have a Canadian housing bubble since it is harder to obtain a mortgage here.  We have stricter lending rules, and there are no such animals as balloon mortgages or “teaser rate” mortgages around here (if you’re not sure what these terms mean, count yourself among the lucky).  While this maybe technically true, one could make the argument that the entire housing market is selling at a teaser rate right now.  The big bank oligopoly of Canada made news again this week by slashing mortgage rates back to all-time lows of 2.99% over four years.  This encourages people who are trying to buy “all the house they can afford” to make irresponsible decisions, and creates an upward spiral of speculation fueled by cheap money.

For a basic idea of just how quickly many couples’ financial situations will change in a few years, let’s take a look at an “average” mortgage these days.  For a household looking to buy a “fixer-upper” for a measly $500K (excuse me while I go vomit) and making the usual bi-weekly mortgage payment, we are looking at manageable payment of $1,090 (assuming our 2.99% rate).  If this rate goes up to something resembling the Canadian historical average of say 5.99%, the payment goes up to $1,475.  If all of this printing money fuels inflation, and the Bank of Canada decides to jack rates up in order to battle it, you can see how these payments can climb quickly.  This would all be ok as long as people planned for all of the costs associated with owning a home.  I mean, everyone knows about the maintenance costs, the taxes, the utilities etc., right?  Not according to everything I’ve read.

That’s ok though, we all have money saved for a rainy day… oh, actually we collectively owe over 150% of our yearly salary, oooook.  People have to factor in however that we all have superb job stability… *gulp* right?  Canadians are stretched incredibly thin, and yet we refuse to respond to policy makers’ warnings because while they warn out of one side of their mouth, they keep lending out cheap money on the other side.  Economists will tell you we will always respond better to the financial incentive than a moral warning.

The verbiage we keep hearing out of real estate professionals (why do news stories always feature these guys as the “unbiased” experts anyway) is that there will be a “soft landing” is the housing market.  Maybe there will be.  Maybe the demand is so high in certain areas, and the demographic trends are so unprecedented that there will be a gradual levelling out in the housing market.  The only evidence to the contrary is all of history after all.  Ever notice how the “experts” in every bubble will deny that there is a bubble until they are blue in face, and then switch midstream to this whole “soft landing” thing, and then finally they say that it was impossible to foresee the fact that a bubble was forming due to the surrounding circumstances?

As Canadians salivate over record low interest rates, and test our general lack of financial literacy, does anyone really want to bet that we are making sound and sustainable decisions right now?  While we might not see quite the geographical breadth, nor the financial depth of the crash our big brothers to the South of us experienced, I think there is little doubt that major debt correction has to occur in Canada sooner as opposed to later.

Once housing prices begin to fall, the trend may very well be combined with higher interest rates.  This combination of disincentives will likely destabilize the whole market.  Anyone else feel like we are in the 35th round of a Jenga game and we’re trying to get that last block loose?

5 Non-Essential Expenses That Are Bleeding Your Budget

7 ways to save money with Groupons

What is a GIC? Guide to Guaranteed Investment Certificates