The secret to getting your kids to go to bed

Do you want to know the secret to getting your kids to go to bed at night?

Stop telling them to go to bed!

That’s right, stop telling your kids to bed and they will go to bed at a reasonable hour – on their own.

I have been doing this with our 3 1/2 year old for the last 6 months and I really wish that I had started doing it earlier because it really does work. 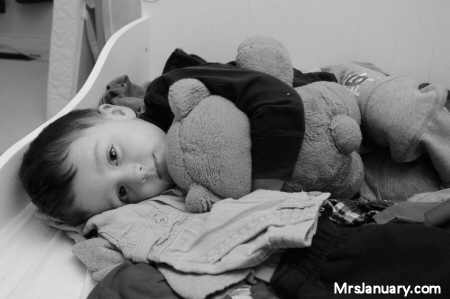 Before trying this method of getting our toddler into bed at a decent time, we used to have a bedtime set for him – 8 o’clock. No later. When 7:45 came around, he would get into his pajamas, brush his teeth and I would read him a bedtime story. Right around 8pm, he’d be fast asleep. This worked from age 1 until about age 2 1/2. After that, Elliott simply refused to go to bed when we asked him to.

As soon as he learned the word “no”, that was his response to everything we asked him. Bedtime became a huge struggle for my husband and I, because when Elliott went to bed, that was our alone time. Now our alone time was eliminated because our 2 year old wanted to stay up and watch cartoons or read books or play with toys or scream about something that he was unhappy about.

It felt like torture. We just wanted to spend some time together, without a loud child in the background, but it seemed impossible. “He’ll get over it eventually”, we said.

Unfortunately, he didn’t get over it. He got worse. He would stay up as late as we did, and when we told him we were going to bed, he would throw a fit. He would scream and cry for hours. It wasn’t unusual for him, and us, to go to bed as late as 2 o’clock in the morning.

Then, one day I was talking to a friend about our problem and she suggested letting Elliott decide when it was time for him to go to bed.

“Are you crazy?”, I asked. “He’ll be up all night if we let him to decide when he wants to sleep!”

She told me that ever since her kids were 2 years old, they picked their own bedtime. At 8pm, she would tell them that mommy and daddy needed their quiet time and that the kids had to go into their bedrooms. They didn’t have to go to bed, but they had to be in their rooms and they had to be quiet.

There was only one rule – if they came out of their bedroom, that meant that they were ready for bed, and my friend would turn their bedroom lights off.

Most of the time, her kids would play quietly, and then call her or her husband up to tuck them in, because they were ready for bed. Can you believe that? They actually asked to go to bed!

I figured this plan was worth a shot, but to be honest, I didn’t think it would work at all.

The first few nights when we put Elliott in his room at 8pm, he would come out about 10 minutes later and ask for a drink, a book, a hug, a song… whatever he could think of at the time. Those nights were rough because there was a lot of screaming and whining from him when we would turn his light off after he came out of his room.

But then, things got better. After about a week of letting Elliott decide when he wanted to go to sleep, he was actually doing it on his own! He would sometimes come out of his room and say he was ready for bed, but most of the time, he’d fall asleep in his room – all on his own.

This is how it has been for the last 6 months now. He knows that when 8 o’clock rolls around, it’s time to go in his room. He reads a story or plays with toys, and usually falls asleep on his own in under 30 minutes. 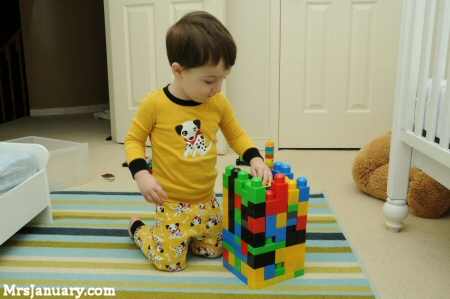 Sure, there are days that he doesn’t want to go in his room. There are days where he puts up a fight and argues about everything, but for the most part, this system works amazingly well for us. I’m so glad we gave it a shot!

Do you have any secrets for getting your kids to bed?

4 money moves for the coming year

5 easy ways to get organized

The Basics of the Smith Manoeuvre