How to Invest a Lump Sum of Money 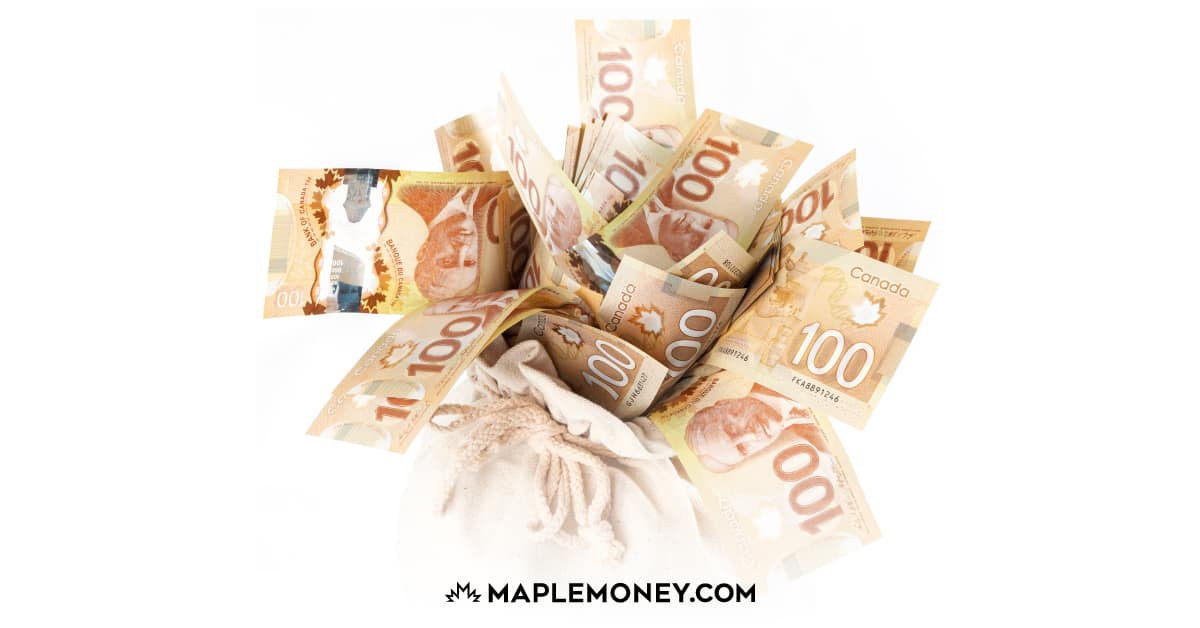 Everything is something you decide to do, and there is nothing you have to do.

I recently received an email from a reader I’ll call Karen. Her husband received a large lump sum settlement from an accident in which his neck was broken. (He has regained 85% mobility.) They have 5 children, but have still managed to pay off their mortgage by living very frugally.

They have a proposal from one of the big Canadian banks that includes management fees of $4000 per year. After 10 years, that would amount to $40 000. Karen was wondering if these fees were excessive, and whether or not I had any opinions on their situation.

Two of their children will start post-secondary education in September. Another will head to college in January. They would like to help them out with expenses and set up RESPs for their 2 younger children.

Karen and her husband are not risk takers. They have about $350 000 in an open GIC earning 1%. They would like to put some money in TFSAs, and save for retirement (about 10 years away). It doesn’t sound like they have much, if anything, in RRSPs as they have focused instead on paying off their mortgage.

Since I am wholly unqualified to give advice on this, maybe I should have called this section My One Cent. Either way, here is the general advice I offered:

One factor that I didn’t mention, but occurs to me right now, is to be aware of the tax consequences of your choices.

One of the great things I’m really enjoying about blogging so far is the number of really nice people you can meet online. Jim Yih is one of those, and he knows a lot more about this type of issue than I do. As such, I sent him an email asking for his thoughts on Karen’s situation. He could have sent a 3-line reply, but instead he took the time to provide tons of useful information. Maybe I should have called this section Jim Yih’s 20 Cents. 🙂

Jim agreed with me that Karen and her husband should get lots of different opinions (at least 2, but 3 or 4 is better) and that the fee structure and amount were extremely important. He also reminded us that fees for a portfolio with very few equities (stocks) should be much lower than those for a portfolio with more market risk. Fees can vary widely, even for very similar products and services.

Jim also offered lots of resources from his website on the following topics:

In terms of investment strategy and tools, Jim noted that if you go to different types of advisors, you will find a lot of different solutions to the same problem:

Jim said that thinking about all of this made him consider writing a post on different types of advisors. Keep your eyes on his site (Wealth Web Gurus) for more details!

Karen referred to herself as “quite financially illiterate“. I would take issue with that, since she and her husband have managed to pay off their mortgage and raise 5 children under some pretty difficult circumstances. They sound a lot better off than some of the financial advisors that I’ve heard about who leveraged themselves to the gills during the market boom and got clobbered in the crash. Having said all of that, it is worthwhile to note that she and her husband are not all that knowledgeable about investing.

I know that a lot of the people who read this blog are more qualified than I am to answer this type of question. If you have a moment, please offer your 2 cents to this discussion in order to help out a fellow reader.

Considering everything you know about Karen and her family, what are your thoughts?

How to check your credit reports for free

The Ins and Outs of RESPs

The Complete Guide to the New Aeroplan