How We Are Spending That Extra Cash

Last month Richard received another $15,000 bonus from work, which came out to just over $9,400 after taxes (damn you, Tax Man!). After a bit of extra money left over from last month we ended up with $9997.71 which we plan to spend like so:

Florida = $1,000.00 – Our stupid flights ended up costing us twice what we thought we were going to have to pay so we needed a bit more money for our Florida trip in October.

Camera = $1,000.00 – My lovely camera is slowly dying what I imagine to be a very painful death. I have had this camera for almost 6 years and have taken tens of thousands of photos on it, however now my photos all look like junk. It’s time to upgrade! I’m not sure if I need a new lens as well, I will have to take my current one in and get it checked out (it should be fine). The replacement for the Nikon D90 should be coming out in the next few weeks so I’m waiting to see how good that one will be. If I don’t end up liking it, or the price is outrageous, I will be getting the D90.

Clothing = $710.61 – We had a budget of $850 for clothing last month but spend under $200 so I carried forward what was left. I’m just waiting for some crazy clearance deals on summer clothing so I can stock up. Richard and I also need some essentials like shoes, sweaters and Richard & Elliott also need winter jackets.

House Stuff = $500.00 – There are a few things that we need right now like a new coffee table (the one we have now is way too big and has sharp edges – not good when Elliott is running around), new bed linens and a new crib (Elliott’s is falling apart already, WTF?!).

Dinner = $80.00 – With every bonus Richard gets, we go out to eat one fancy meal where we are able to indulge in appetizers, desserts and drinks (we usually just order water).

House Fund = $715.00 – HOUSE FUND HOUSE FUND!!!! It’s still unreal that we actually have a house fund now. It felt like we were going to be in debt forever!

So, that’s how we are going to spend our money! I’m so thankful that Richard is able to get these quarterly bonuses, we have been able to do so much with them. Is it bad that I’m already planning how to spend the next bonus in my head? Probably. I try to forget about the bonuses and then just get caught by surprise when the money shows up in our bank account. It’s a bad idea to count on that money, since it is not guaranteed. I need to remember that. 🙂 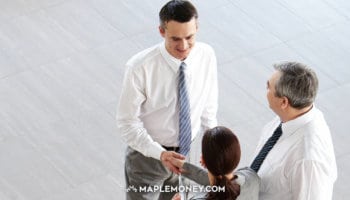 How Developing Your Interpersonal Skills Can Earn You More Money