I’m not a Buy and Holder. I believe in Valuation-Informed Indexing. There is now 30 years of academic research showing that it provides far higher returns are greatly reduced risk. If stocks continue to perform in the future anything at all as they have always performed in the past, Valuation-Informed Indexers will be able to retire five to ten years sooner than any of their friends who follow Buy and Hold strategies.

It sounds like just what we all need today, doesn’t it? We are in an economic crisis because people are afraid to spend and businesses that depend on consumer spending are going under. If we let people know about a better way to invest, they would regain confidence in their financial futures and all these problems would go away. Why don’t we?

I can tell you what people tell me when I ask them to help spread the word. They say that Valuation-Informed Indexing is “extreme.”

Or I should say — it really does appear to be extreme to many.

Buy and Hold has been the dominant model for understanding how stock investing works for a long time now. It became dominant before the research supporting Valuation-Informed Indexing was published. And that research has been rarely discussed in the 30 years since it was published.

Why? Because it is extreme! The same thing that is true today was true all through the 1980s and 1990s and 2000s. Valuation-Informed Indexing will always be viewed as extreme until things get to a point where a good number of us decide that we are just going to go ahead and talk about it whether it is extreme or not. Then we will all get used to the idea. Then it won’t be extreme anymore!

“Extreme” is not a synonym for “bad.” Something can be extremely good. Valuation-Informed Indexing really does represent a big change from Buy and Hold. It’s a big advance. That’s not a reason to keep it hushed up. It’s a reason to celebrate that we are all lucky enough to be alive at just the time when this big advance was discovered. We all get to enjoy the benefits that follow from learning about this extremely exciting new way to invest.

Say that you had been around at the time when cars were invented. Don’t you think that the idea of getting from Place A to Place B in a car seemed “extreme” at the time to people who had always used horses for this purpose? Of course it did. But it all worked out in the end, didn’t it?

There was a time when it was considered “extreme” to permit people with black skin to drink from the same water fountains as people with white skin. But we got over that. We are a better people today as a result of having taken to heart that once-extreme idea.

When Amazon.com was first set up, there were people who were afraid to use it to make purchases. Buying books through a computer seemed like such an extreme idea. Now we do it all the time. What once was viewed as extreme has become commonplace.

We live in a dynamic society. It’s hard sometimes because we are subject to frequent change and we constantly need to reorient ourselves. The reason why we put up with the hassle is that we have learned from experience that change can be a good thing. All human progress is the result of some sort of change. If we ever want to see our lives improve again, we need to accept the possibility that we are not doing everything perfectly today and that we may happen upon discoveries of better ways of living.

Do I know with absolute certainty that the Valuation-Informed Indexers are right? I do not. I have great confidence that they are right. But I am a flawed human like all the rest and it could be that my biases are causing my mind not to work properly.

Still, I believe that it would be a good thing if we heard the Valuation-Informed Indexers out even if it turns out that they are wrong. If we hear them out, then we can make informed choices. If we reject even hearing what they have to say because it strikes us as too “extreme,” we can never even come to understand both sides of the story.

Do you know what was once considered an extreme idea? Buy-and-Hold. It was called : “Bogle’s Folly.” A full page ad was taken out in the Wall Street Journal arguing that Bogle’s investing ideas were “un-American.”

The only thing that is truly extreme in our society is the idea that no further progress is possible and that all new ideas must be rejected out of hand on grounds that they are extreme.

Rob Bennett’s A Rich Life blog aims to put the “personal” back into “personal finance” — he focuses on the role played by emotion in saving and investing decisions.

View all posts by Rob Bennett

Is It Expensive To Have Children?

Will The Fee Only Financial Planner Model Ever Catch On? 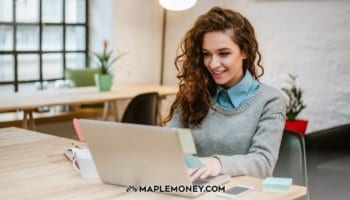 How to Check Your Free Credit Score