How to Spend Money Wisely » Mortgage

Why I’m in No Hurry to Pay Down My Mortgage 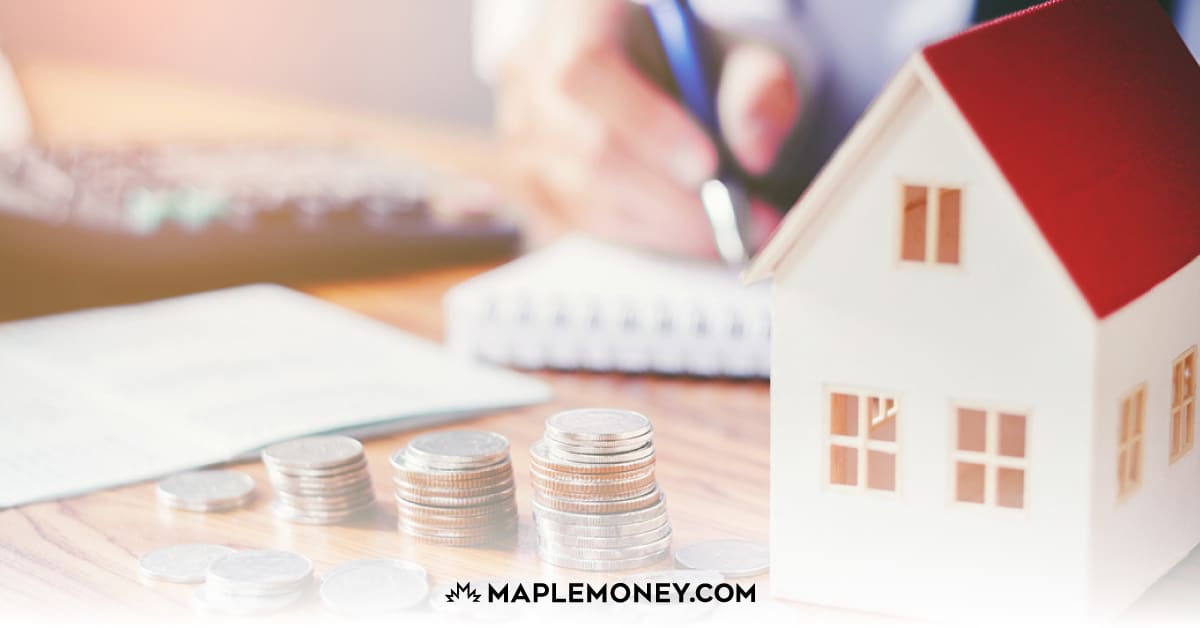 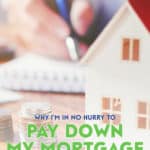 The personal finance community has some kind of love on for paying down your mortgage early. I can understand why too. Not having a mortgage payment is attractive, since you’re no longer paying interest to an evil, evil bank. You get to live practically for free, excluding utilities and property taxes, but you’d have to pay them anyway. And, usually, the most important reason given is the flexibility someone gets once they pay the thing off. Suddenly you can have $1000 or $1500 a month to save towards retirement, or just to blow on golf and cheeseburgers. I can see why that appeals to people.

I bought my current residence back in August 2008. Now, 3 years later, I owe approximately $150,000 on the place. My mortgage is a variable rate of prime minus 0.3%, meaning I’m currently paying 2.70%. I originally signed up for a 25-year amortization but increased my mortgage payments the maximum 20% when rates collapsed in 2009. The remaining amortization is approximately 17 years.

I’ve had extra cash over the past two years that I could have easily contributed towards my mortgage, paying down some principle. Instead, I took that money and invested it, mostly into the stock market, but also in some high yield bonds as well. What’s wrong with me? Shouldn’t I be taking the guaranteed return of paying off my mortgage?
Nope, and here’s why.

Compounding Is Your Friend

Let’s look at two hypothetical borrowers. One absolutely hates his mortgage, so he takes a 15-year amortization to make the thing go away quickly. The other one isn’t so opposed to the thing, so he signs up for a 30-year amortization. Each imaginary person borrows $200,000, and for the interest of simplicity, they pay 4% interest for the life of their loan.

Borrower A has mortgage payments of $1476. Borrower B cuts down his payments considerably, paying $951 per month. That means borrower B has an extra $525 to invest each month, for the whole 30 years. Meanwhile, borrower A doesn’t have anything extra for 15 years but can invest quite aggressively after he pays off his mortgage, so he can invest $1476 each month from year 15 to 30. Which person comes out ahead, assuming they can both earn an average of 8% on their investments?

Hopefully, this results of my hypothetical situation don’t come as a surprise to most of you. The magic of compound interest is that the earlier you get started, the better off you’ll end up.
Borrower B is using leverage to his advantage as well. If he can borrow at 4% and get an 8% return on his investments, he should do this all day long. This is how wealthy people end up the way they do. As is the nature of investments, they just won’t go up in a straight line, but that’s okay for the long term investor. Besides, he’s built himself in some flexibility by not maxing out his mortgage payments.

Like I explained above, I’m paying 2.7% on my mortgage. Since most of the globe is in such poor economic shape, I don’t envision that rate going up any time soon. Mortgage rates are touching record lows in the United States. Variable rates have gone up some in Canada, but are pretty darn close to the record low rates seen in 2009.
If interest rates are at record low rates, why would I choose to pay off those really low rates? Take advantage of the situation to borrow money at a great rate, and then plow all your excess money into other investments.

I recently wrote a post over at my own blog highlighting 10 Canadian stocks that have a dividend yield of over 5%. I can invest in a nice diversified basket of stocks like these ones and get dividends that are twice the return I pay on my mortgage. Knowing that most of the companies who pay out these dividends will also have stock prices that will slowly go up in value, I can easily invest in something that will beat the pants off paying down my mortgage, even after factoring in taxes.

I haven’t even touched on the main reason why people choose to pay down their mortgage early- security.

And hey, I get that. People would rather take the risk-free return of paying down their mortgage than risk their hard-earned capital in the stock market. Maybe they’ve been burned by a falling market or a mutual fund with a sky-high fee. If you’re the kind of investor who can barely sleep at night when taking on the risk of investing in the stock market, then you probably should pay down that mortgage. It’ll usually get you better returns than the other risk-free alternatives like government debt or bank GICs.

For the rest of us though, maybe we shouldn’t be in such a hurry to get rid of an opportunity to borrow money so cheaply.

6 ways to still save during a couponing break

5 simple ways to save on baby stuff

Preparing for a New Baby – 8 Tips for an Easier Transition

Build your professional network with LinkedIn