5 Easy Ways to Save Money at Shoppers Drug Mart 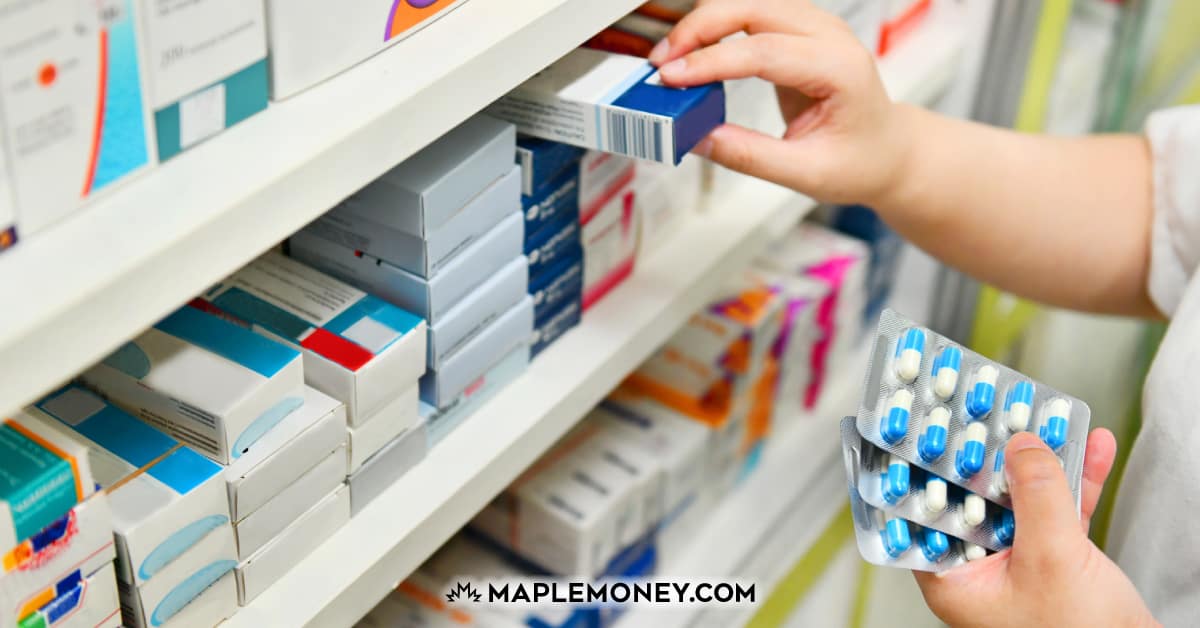 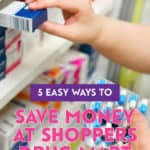 Anyone who knows me, knows I’m a Shoppers Drug Mart addict. Shoppers Optimum is my favourite rewards program in Canada, and I am constantly telling people that if they aren’t utilizing that program, that they should be (heck, I even wrote an eBook about it: The Ultimate Guide to Shoppers Optimum Rewards!).

The number one thing people tell me they don’t like about Shoppers Drug Mart is the prices. “They’re too expensive“, they say. “I can get stuff cheaper at other stores“. Sigh.

While it’s true that Shoppers Drug Mart is usually more expensive than other stores, when you only shop during sales and special promotion events, you will almost certainly be paying less than you would pay elsewhere.

5 Easy Ways to Save Money at Shoppers Drug Mart

You don’t want to shop at Shoppers Drug Mart unless there is a special promotion going on. This is how you’re really going to get the most bang for your buck. Some of my favourite events are:

These types of events allow you to rack up points quickly, so try to make sure you’re only shopping during an event like these.

Also, to really save the most money and earn a ton of points in the promotion, only purchase sale items alongside these promotions.

Most weeks, Shoppers Drug Mart has about 10 or so deals that can only be purchased on 1 or 2-day periods. It’s often Saturday only, Saturday & Sunday only, Sunday only, or Sunday & Monday only.

These deals are some of the best you will find in the entire store, which is why they don’t have the sales all week long. Make sure you check out these sales first, and make time to get to the store on those days to get the hot deals.

Keep in mind that these special weekly offers are limited. Often, you are limited to 4 per customer, but sometimes the quantities change, so pay attention to the fine print in the flyer. If you try to buy more than the limit, you will be charged more for the additional items.

3. Know When to Redeem Your Points

I always recommend that you wait until you have accumulated the 95,000 points needed for a maximum redemption (and at minimum, 50,000 points). This is going to give you a much better value for your points.

4. Check Out the Clearance

Shoppers Drug Mart is my favourite store to find clearance deals. I can almost always find at least one great deal at almost any store I go to!

Check the end-caps (the very ends of aisles) in your store to find where they usually keep clearance items (usually there will be a big, red clearance sign at the top of the shelf. Then, check this spot every time you’re in the store to – hopefully – find awesome deals!

One of the best things about Shoppers Drug Mart clearance deals, is that you can combine them with coupons and with store promotions. How’s that for saving money (and earning points!)?

When you’re shopping for food at Shoppers Drug Mart, keep your eyes open for the red and white manager’s stickers, which offer you a discount off the product it is attached to. Most of the time, manager’s stickers are applied to products that are going to expire very soon, so pay attention to the expiration date and make sure you can consume the item before expiry.

Just like the clearance items, you can also combine items with manager’s stickers with coupons! I often find these stickers in the refrigerated/frozen section of the store (usually on dairy items), but I’ve also found them in the regular food aisles on things like bread, crackers, cookies and even chocolate!

How do you save money at Shoppers Drug Mart?

70 Frugal Living Tips to Save Money

A Review of Tangerine Investment Funds: Do They Measure Up?