We’re all here for one reason- we want to accumulate assets and end up becoming wealthy. Ultimately, there’s only one way to build wealth, and that’s spending less than you earn. If you earn a lot, the spending part of the equation isn’t so important, since your higher wage will take care of it. If your salary is average or less suddenly becoming wealthy has become a whole lot harder. You have to scrimp and save, using various frugal tactics to stretch the value of your meagre wage. But that doesn’t mean you can’t start thinking like a wealthy person.
Obviously wealth means different things to different people. For me, the goal has always been a one million dollar net worth with the caveat of being debt free. Your view of wealth may be less aggressive or maybe more, there’s really no perfect answer. It’s one of those personal finance decisions that’s ultimately personal. I’m not here to tell you what that goal should be.
What I am here to tell you is that some of you are doing this whole wealth gaining thing all wrong. And by doing so, you’re limiting your future potential. You’re unintentionally making it harder to become wealthy. And since it’s hard to gain wealth in the first place, shooting yourself in the foot is practically fatal, at least when it comes to getting rich.

Let me tell you a story. We all like stories, right?
Regular readers of my blog know that I rent out my basement. When I bought my house a few years ago, I specifically sought out a property that already had a basement suite built in. Once I bought the place, all it needed was a few hundred dollars in repairs before the basement was ready to go.
For the last 3 years, I’ve rented out the basement every month. I’ve had great tenants (with one exception) who were quiet, respectful and took great care of the place. Most months all I do is sit around and wait for the rent to come in. Every month I make an extra $650 for doing very little work. There is sacrifice there, but it’s well worth the profit.
I understand that my particular example may not be appropriate for you. The point of the story is that, by making one decision, I was able to cut my housing costs more than in half. I was able to accelerate my mortgage payments significantly because I suddenly have $7800 in extra income.
Keep on the lookout for unconventional ways to accumulate wealth. And if they make you uncomfortable? Then maybe you’re not serious about building wealth.

Frugality Has Its Limits

Don’t take that heading the wrong way. I don’t want you to abandon frugality completely. You just need to realize it has limits.
I’m the first to admit my lifestyle could be cut back. I don’t go out for meals nearly as often as I used to, but I still go several times a week. I have an iPhone and a Playstation 3. My house has central air, even though Canada is only warm for approximately 20 minutes during the summer. I’m hardly an example of a hardcore frugal guy. And I don’t care.
Cutting excess can only go so far. You can only reduce your heating bill or your gas consumption so much. I’m not saying you should ignore frugality- far from it. Just realize that cutting excess from your life has a limit, but earning more doesn’t.
There are thousands of people who have used good long term habits to build up a significant nest egg. Most of those people are frugal. But they also have a life. You can’t cut your way to wealth. Cutting excess sure does help, but it’s only a part of the battle.

If you’re serious about wealth then you gotta get off your butt, start thinking like a wealthy person and get at the plan.
Does work offer overtime? Take it. Do you get a lot of vacation? Work during your time off. Do whatever it takes to earn more money. Are you serious about getting rich or not?
You can have one of two responses to this post. It can motivate you or reinforce the reasons why you work so hard. Or, it can make you angry. I can envision the negative thoughts already. It’s not that easy! I don’t have time for extra work! I’m already trying really hard! Which mindset is best for building wealth? Which mindset are you?

6 Scales of Financial Capability: How Do We Measure Up? 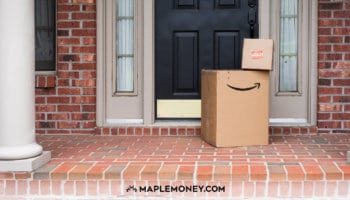 What Is Amazon Prime and Is It Worth It?