Why you need to talk about money with your children 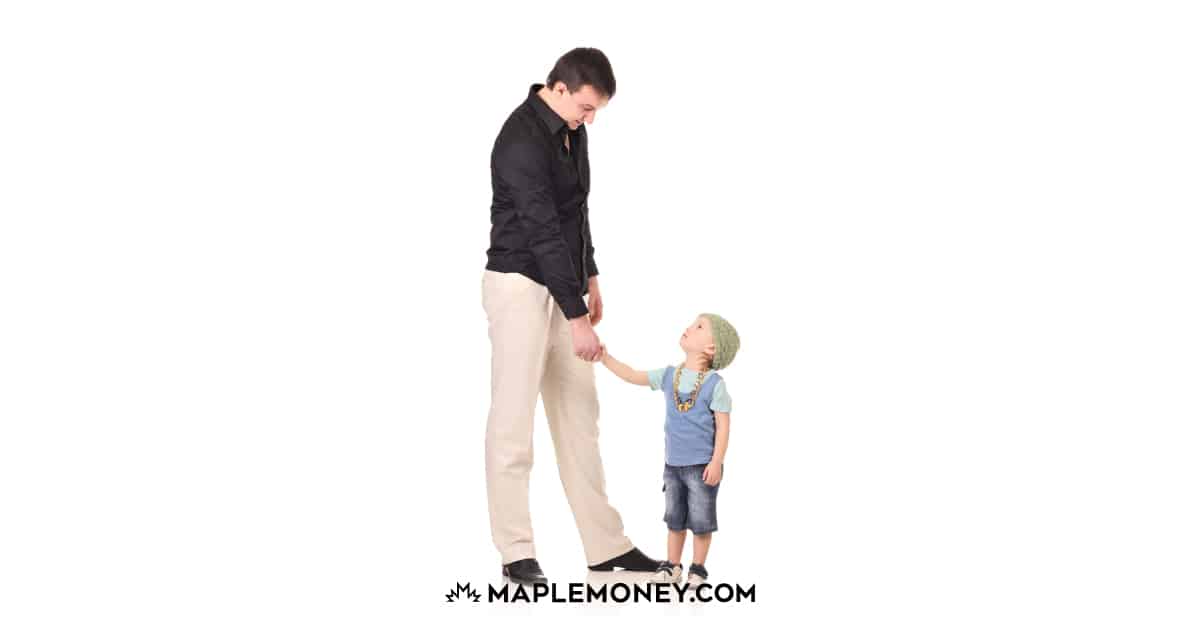 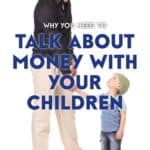 I grew up in a household with two parents who were excellent money managers. Unfortunately, they grew up in a generation which considered it rude to talk about money which meant that their financial lessons to their kids mostly consisted of the same messages: don’t waste money, don’t buy unnecessary stuff and don’t borrow.

These are actually great lessons to live by but because they didn’t come with any kind of explanation and often were dished out as a criticism of an action already completed rather than a guide for future behavior I put them in the same category as other rules I considered ‘optional’ such as don’t tie up the phone, don’t jump on the beds and come home when it starts to get dark.

The money talk we never had

My parents had great money handling skills and good intentions but they didn’t know how to communicate their beliefs to us. They grew up in a generation that accepted their parents’ rules without question and considered credit shameful. We grew up in a generation that challenged authority and considered credit a golden ticket to acquire our heart’s desires.

It’s fair to say that I’ve learned more about money from my parents in the last five years than I did in the previous 35. This has nothing to do with them and everything to do with me. I can learn from them now partly because my own perspective has shifted and I’m more understanding of the beliefs that drove their behavior and partly because I’m now willing to initiate money conversations and they’re more willing to participate.

I’m convinced if we had been able to have these same conversations as I was growing up it would have made a huge difference to the way I interpreted their choices and handled my own money. When it comes to raising money-smart kids, a conversation is key.

“Not teaching your kids about money is like not caring whether they eat. If they enter the world without financial knowledge, they will have a much harder go of it.” – Donald Trump

A few weeks ago I asked my Facebook friends to share money lessons they had learned from their parents and what they wished they had been taught. I was surprised by the number of responses and by the number of commonalities (comments relating to not understanding debt, credit, and budgeting were definitely in the majority).

One story that stuck out was from one of my best friends whom I’ve known since we were eight. Despite the fact that we’ve been friends for so long I never knew that in her home, her parents modeled and talked about the importance of living within your means and saving for what you wanted. They often shared stories of poor money management and their consequences with the kids and these stories were always followed with a solution of how the situation could have been or was resolved.

Sharing these stories had two benefits; they provided the kids with a non-judgmental insight into the ways that money could be mismanaged and inspired conversation about the principles of good money management. My friend is a great money manager and although as a rebellious teen she made some financial mistakes, she was always able to find a solution and create a new path to resolve the situation.

In order to develop an understanding of how to manage money well, kids need to comprehend how money works in our world. They need to understand that when they see you paying with debit or credit cards that it’s not just some form of financial magic, real money is actually being used to pay the bill.

Kids live in a world where pretty much every dollar they receive is disposable income. They don’t always understand that everything they take for granted like their home, the heat, the hydro and the water has to be paid for and that the money you’re spending on treating them is the money that’s left after all the bills are paid and your goals for saving and giving have been met.

Talking to your kids on a regular basis about money helps to drive these concepts home much more effectively than lecturing them about waste or telling them that you can’t afford something. It also keeps you accountable for adopting and modeling good financial habits; you don’t have to be perfect, just honest.

When you engage kids through conversation and you model the lessons that you’re teaching them, they will follow your lead.

Start your kids on a path to financial literacy

This week why not start a conversation about money with your kids. Find out what misconceptions they have about money and money management and share stories or lessons that will help their understanding.

That is a powerful legacy to leave for your child.

Your eyeballs shouldn’t be so expensive

The CAD vs USD