Test Driving for a Bargain

Last week I wrote about how we went to the bank to get a car loan. As one of you mentioned, perhaps we did that a little prematurely, as apparently we needed to get a bill of sale first (who knew..?). So this weekend we decided to take another step in the direction of purchasing a vehicle by going and test driving a few cars. Our top choice for a vehicle is the Nissan Versa, but we want to compare it to a few other vehicles first. So we went to a local Auto Mall, where there are about 7 or 8 different dealerships all within a short walking distance. We bused to the auto mall, and started walking around, not really knowing what we needed to do. We figured it out pretty quickly.

Like most new, inexperienced car buyers, we were approached by a car salesman seconds after our feet touched the pavement of his lot. “Hi, is there anything I can help you with”. And with that, we were off. He happened to have a used Versa on his lot, the exact car that we’ve been looking for, so we asked him if we could hop in and take a look at the interior. He was more than happy to let us, and told us all the features of the car. We sat in the front, in the back, popped the trunk, and just noted everything that we liked and didn’t like. One odd thing about this vehicle was that there were the cables for satellite radio just sticking out of the dash. It was obviously an aftermarket addition that the previous owner had added, which slightly turned us off. We were just about to ask if we could test drive it when the salesman closed up the vehicle, handed us a card, and told us to come back if we wanted to take it out for a spin. It was a little weird, so we left.

The next dealership also had a salesman approach us, allow us to look at some vehicles (the Yaris, and the Matrix), and handed us a card as well. The third dealership was the best. We got on the lot (a Nissan dealership), we asked if they had any used Versas (to which they said they were just selling their last one). So instead, he just handed the keys to a new Versa and told to come back in about an hour. They never took our drivers license, credit card info, or anything. Just the key and a “come back later”. This was our first test drive, and was quite fun! We drove it through crowded streets, up onto the highway, and around some residential areas. It handled admirably, and felt comfortable the whole time. We got back to the dealership, thanked them for their time, and told them to let us know if any used Versas came into their dealership.

The next dealership we went to also let us take a test drive, but only after they took everything but our fingerprints from us. This time we drove a Honda Fit, doing the same drive as we did before. In comparison to the Versa, it was a lot more “fun” to drive, as it had a fair bit better acceleration and handling. It didn’t feel like a “family” vehicle. Like my wife told me later, it would be the best car in class if she were single, but because this is going to be a family vehicle, it just didn’t seem to feel right. We also asked the saleswoman to let us know if any used Versas (or older Fits) came onto the lot and took off.

Finally, just before we were done for the day, we decided to try one more Versa, but with a different transmission. We went back to the same dealership we went to first, and got someone to go out with us on a test drive. It drove very similarly to the first one, but with the CVT transmission, was just a little bit more smooth. Very nice to drive.

Looking back, there are a few things that I would do differently. First, I would do more test drives. One of the best things that we did was test drive three vehicles in a short amount of time, as we were able to compare the differences between the vehicles. If I did it again, I would add the Yaris and probably the Matrix to the list of vehicles to drive just so that I can get a good sense of the differences between the vehicles.

Second, I would be a little more prepared. I am fairly well researched on the Versa, but because I was just interested in the other vehicles as comparisons, I didn’t feel as comfortable or confident talking with the salesmen on the other lots. When we mentioned we were interested in the Versa, the dealers were very quick to compare it to the Fit, or the Yaris, and how much better it would be for the price difference, which, depending on the dealer, is either vast or tiny. I didn’t really know what the local prices for a used Fit or Yaris would be, so I didn’t feel comfortable arguing with them.

All in all, the test drive was a very important part of buying a car. It is part of the process of purchasing a vehicle, and can help you save tons of money by making sure you don’t make the wrong decision.

The next major step is to actually find a vehicle that we want to buy. We found a couple at the dealerships, but obviously their choice is quite limited. We’ve also looked on craigslist for a car, but the ones that are priced the best have been in accidents, or the seller seems sketchy, and it just doesn’t seem as safe as going through a dealership. One option that we haven’t tried yet is emailing every dealership in the area for a Versa and seeing which one gives us the best price. How would you recommend we find the vehicle we want? How did you find yours? Any advice for future test drives? 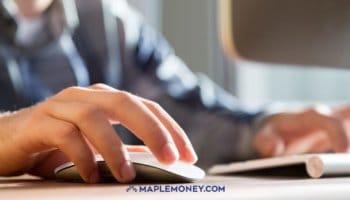 Future Financial Literacy Is In The Hands Of Parents