How to Invest Your Money » Stocks

Lessons From the 1929 Stock Market Crash

The following excerpt about the 1929 stock market crash is from Understanding Wall Street, written by Jeffrey B. Little and Lucien Rhodes and published by McGraw-Hill.

The “Roaring Twenties” came to a quiet halt on September 3, 1929. The steadily rising stock market, with its well-publicized gains, especially late in the decade, seemed to confirm a popular notion that the United States had entered a “New Era”—a time of “permanent prosperity,” and one that might never end. The rapid rise in prices between late 1921 and September 1929, and the violent crash and bear market that followed, are used today as a classic benchmark whenever market observers discuss the emotions of “greed” and “fear.”

For some investors during the 1920s, a financial panic was not a totally new experience. The stock market had shut down for nearly two weeks in 1873, and many could recall when J. P. Morgan almost single-handedly halted the panic of 1907. Also, the sharp 46% drop between 1919 and 1920 had not been forgotten.

But almost everyone agreed that the 1920s were very different. This was the new age of the consumer. Radios, air conditioners, washing machines, and automobiles were all being purchased with “buy-now-and-pay-later” plans. By 1929, consumer credit was helping the average family enjoy the prosperity of the day. Business was good, profits were up, and stocks, which were also being purchased on credit, were soaring.

Even though stock prices were reflecting investor optimism, as they normally do, there were also several behind-the scenes factors that contributed to the high equity valuations and to the vulnerability of the stock market in late 1929.

Stocks could be bought on 10% margin in 1929. Any investor could purchase shares having a market value of $10,000 with only $1,000 of capital. When stocks advanced, the profits generated were being used to purchase additional shares. This leverage, investors soon learned, worked very much in their favor when stocks were rising—and greatly to their detriment when prices were falling.

Perhaps most surprising was the magnitude of the change in stock market credit. In January 1928, total brokers’ loans had reached $3.8 billion. A year later, the figure had risen to $5.3 billion, and it continued soaring to a peak of $6.8 billion in early October 1929. Of course, with the crash, equity credit also declined and was back to $3.4 billion by the end of the year.

The late 1920s saw notorious stock price manipulation. Much activity that was considered legal then is no longer permitted today. In 1929, investor “pools” were formed to trade stocks. The pool would buy the shares, use media contacts to spread favorable news or rumors, and then “paint the tape” with large, meaningless trades among themselves. This would draw attention to the stock, allowing the pool to sell the shares, usually at much higher prices, to an unsuspecting public.

One of the most infamous manipulations of the time was the RCA pool headed by broker-specialist Michael J. Meehan. The pool managed to push up RCA’s stock price by almost 50% between the March 8 and March 17, 1929. Then, on the very next day, March 18, the pool sold its entire holdings and divided the profits—about $100 million, by today’s standards.

The trading activities, rumored or real, of William Durant, Jesse Livermore, and others were popular topics of discussion in brokerage houses across the country.

Periodically, experienced market observers of the day, including Roger Babson and Bernard Baruch, would warn of the consequences of the speculative market environment. Unfortunately, few people took the warnings seriously because both men had been repeating similar messages for up to two years before the early September peak.

In the months between late 1927 and June 1929, the nation’s personal income and industrial production rose steadily. At the same time, wholesale prices (now called “producer prices”) remained flat or were declining, as they had been doing for several years following the inflationary consequences of World War I. In addition, President Hoover, in keeping with the mood of the nation’s working class, favored a continuation of high tariffs and protectionism. Meantime, the Federal Reserve Board encouraged easier credit.

On March 22, 1929, investors were relieved when the Federal Reserve failed to take action, thus encouraging further speculation. Yet observers seemed unaware of the consequences of the Fed’s move in July when it raised the discount rate from 5 to 6%. And it was clear to some that personal income and industrial production were no longer rising. During the two months between the actual peak in the economy in August 1929 and the October crash, personal income and wholesale prices were declining, and industrial production was actually plunging.

Following the crash, the discount rate was quickly returned to 5%, and many declines followed in 1930. By October of that year, production had fallen 26%, personal income 16%, and product prices 14%. In terms of the creation of new money, it can be said that the Federal Reserve was very much “behind the curve” during the 1930 to 1933 period. The death of Benjamin Strong (the New York bank governor and chairman of the newly created Open Market Investment Committee) in 1928 led to a diffusion of leadership when the Fed needed it most.

From 1926 through 1929, the earnings of the Dow Jones Industrial Average climbed 33%, from about 15 to 19.94. Earnings remained strong year to year going into the last quarter of 1929. However, a slowdown was evident in some areas as early as the third (September) quarter of 1929, and the fourth quarter, normally higher than the third, was slipping. A substantial decline in profits occurred in 1930 and in the year following. The Dow Jones Industrial Average posted a loss for the entire year 1932. Not until the third quarter of 1948 did the Dow post earnings greater than it did in 1929.

More than 60% of DJIA company profits were paid out to shareholders in 1929. And in the four years that followed, 1930 through 1933, dividends paid, although lower in each successive year, exceeded the actual earnings of the companies. 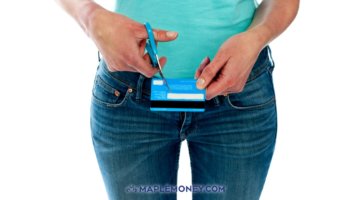 How to Reduce Your Credit Card Interest Rate

Is Pet Insurance Worth It?

When is it Okay to Buy Coupons on eBay?