How to Invest Your Money » Stocks 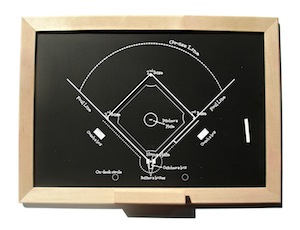 Gene Mauch was the manager of the Phillies baseball team when I was a boy growing up in Philadelphia. He once said something in an interview that has stuck with me ever since.

Mauch said that, when his team was on a winning streak, his job was to pop holes in the inflated egos of his players. When players are winning, they start thinking that they are so awesome that they can never be beaten. They get sloppy. They stop doing sit-ups. They stop backing up throws. They’ve got it. They’re hot. Mauch would yell at the Phillies at such times. It was his job to bring them back to earth.

His job changed when the team was on a losing streak. The same guys who were so full of themselves a week before would now be down on themselves, certain that they would never again find the groove. They so lacked confidence that they were afraid to swing the bat with authority, afraid to take chances on the basepaths, afraid to take control of a game. At these times, Mauch would not yell, no matter how many strikeouts or errors he saw. At these times, it was his job to remind his players how great they had to have been to have made the team in the first place.

I believe in the Gene Mauch rule. It’s easy to yell at people when they mess up. Easy and dumb. People are never as incompetent as they appear to be when they are making mistakes.

And its easy to cheer people on when they are turning up aces. That’s dumb too. No one needs to be reminded of how great he is when the entire world is busy telling him how great he is. People are never so awesome as they appear to be when they are hitting all line drives.

Bull markets are the stock market’s equivalent to baseball winning streaks. During bull markets, the temptation is to get overly excited about stocks, to count the phony and temporary bull market gains as permanent. Gene Mauch would not approve.

Gene Mauch would be yelling at investors who took the numbers on their portfolio statements seriously in the late 1990s. Stocks were priced at three times fair value in the late 1990s. That means that stock investors should have been expecting to see a loss of two-thirds of their accumulated wealth of a lifetime as stock prices worked their way back down to fair value in the coming years. But how many investors knew that? How many of the “experts” in this field reminded them?

Gene Mauch would have reminded them. He understood that believing in your own press releases when things are going good leads to laziness and arrogance and that laziness and arrogance lead to losses, both in baseball and in investing. We didn’t need to hear financial planners telling us how smart we were to invest in stocks in the late 1990s. We needed them to burst our bubble. If Gene Mauch had been around, he would have given a few of us a kick in the bottom.

He wouldn’t be doing that today, however.

We don’t need to be brought down a few pegs today. We need to be reassured that we are not the losers that we are coming to believe we are. Mauch would be pointing out to the investors of today that, while prices remain too high today for us to realistically expect good long-term returns just yet, things are certainly moving in the right direction. After the next stock crash, prices will be where they need to be for stocks to represent a strong long-term value proposition. Today’s investors should be getting prepared, not depressed.

Buy-and-Holders are like the baseball managers who are thrilled with their teams as long as they are winning and are punching lockers when they experience a losing streak. Buy-and-Holders are the Billy Martins of the investing world, getting excited over the phony profits of bull markets and looking for a place to place the blame when the phoniness inevitably takes things to a bad place. Have you noticed that the same Buy-and-Holders who praised their own genius during the bull years do not accept personal blame for the losses they have seen over the past 12 years? Wins are they doing. Losses are the fault of a bad economy.

Mauch understood that winning streaks and losing streaks are rooted in the same thing — human emotion. When things are going well, we feel confident and our performance goes up a notch. When things are going poorly, we are afraid to show our faces in public and our fears cause us to underperform. You don’t want players to become too full of themselves during winning streaks. Those that get caught up in a phenomenon that is rooted in luck will feel all the worse when lucks turns the other way. You want your players to achieve emotional balance, to know that they are good enough to win but not good enough to win without working it hard.

So it is with investing. Valuation-Informed Indexers don’t count the phony gains of bull markets as real. When stocks are priced at three times fair value, we divide the number reported on our portfolio statement by three so that we know the real and lasting value of our portfolios. We don’t want to experience panic when things turn bad. The way to avoid panic when things turn bad is not to buy into the nonsense being told when things are going well.

Gene Mauch understood that managing a baseball team is not primarily about mastering the mechanics of hitting or pitching or fielding or running. Baseball teams are comprised of human players with human emotions. The first job of a manager is to help those humans avoid the emotional ups and downs that plague teams lacking managers as smart as Mauch.

Strategies come and go in the stock field. There’s always a new craze. Today it is Buy-and-Hold, tomorrow it will be for something else.

Emotionally balanced investing is not a craze. Valuation-Informed Indexing is the only strategy I know of that never once would have let you down over the 140 years for which we have records of stock performance. Gene Mauch was a genius.

Rob Bennett’s A Rich Life blog aims to put the “personal” back into “personal finance” — he focuses on the role played by emotion in saving and investing decisions.

View all posts by Rob Bennett

How Much Money Do I Need to Retire?

Achieve financial well-being with the help of investing

How to Cancel Accounts When a Loved One Passes Away

How To Save Money By Shopping At Amazon.ca