How to Spend Money Wisely » Travel

Things to Do in Dallas While on a Budget 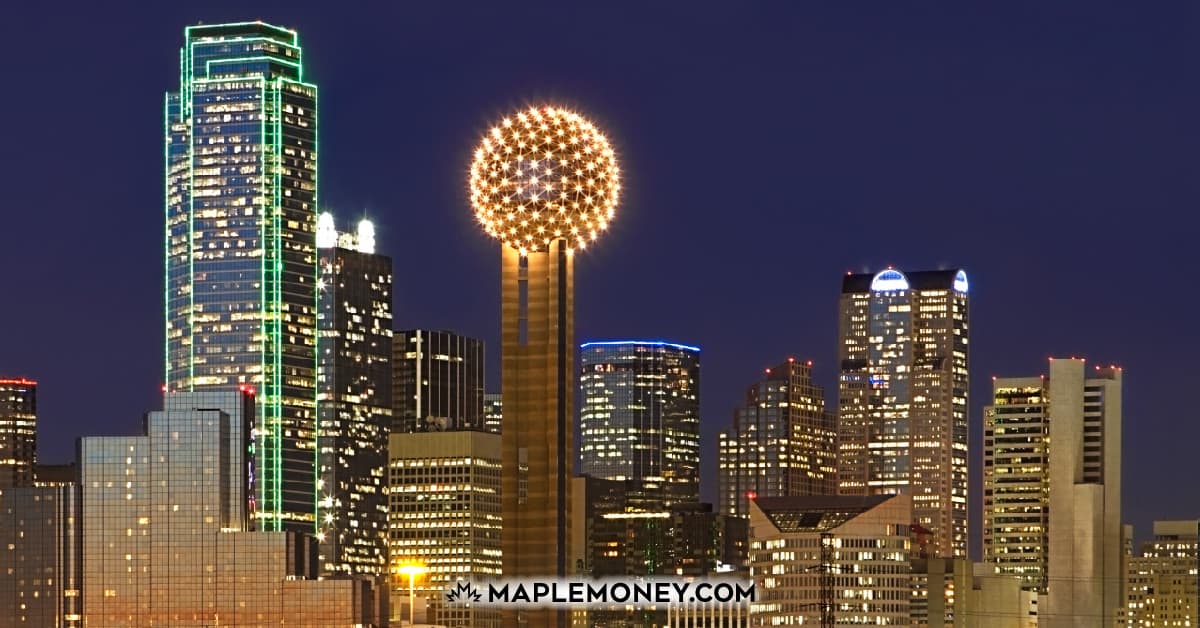 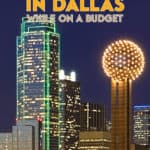 The last time I was in Dallas, I arrived a couple of days early for a conference and found myself with some extra time on my hands. It gave me an opportunity to explore the city, and take in some of its top attractions. It was time well spent, and I discovered that Dallas is a city with a lot to offer. Based on my experience, I decided to put together this post on the many things to do in Dallas. I’ve included sites that I visited via CityPASS, as well as a number of other Dallas attractions.

CityPASS may be the best way to see the top attractions in Dallas, providing that you’re in town for a few days and have time to take in everything on the list. It’ll save you money too! I went with CityPASS for my trip to Dallas, and I’ve used it during a vacation in New York City as well. I love the savings, and how simple it is to use. Here’s how it works.

Head to CityPASS Dallas online, and purchase tickets that will get you access to four of the top attractions in Dallas. You have nine days to see all of the attractions, in any order that you want. And by going through CityPASS, you’ll not only avoid long lines at the ticket counter, you’ll also save money.

Currently, CityPASS Dallas tickets are $51.00 for adults and $35.00 for children between the ages of 3 and 12. That represents a 40% discount off of the regular price and will give you access to no less than four top attractions. It’s a great deal. Children 2 and under are free, with the exception of the Perot Museum of Science & Nature (1 & under).

The following attractions are included with your CityPASS ticket:

Perot Museum of Nature and Science

Located close to downtown, The Perot Museum is an architectural marvel, and a place the entire family will enjoy. With 11 interactive exhibit halls and a 3-D theatre, it would be very easy to spend an entire day here. You’ll find an extensive dinosaur exhibit, as well as an engineering and innovation hall, where you’ll learn about electronic music production, how to build a better building, you can even design and build your own robot, in the robot arena. There is also a dedicated children’s museum and outdoor playground on the grounds.

From the CN Tower in Toronto to Seattle’s Space Needle, it seems like every large city has a sky-high attraction, complete with an observation deck. Dallas is no different. Your CityPASS ticket gives you access to Reunion Tower, where you’ll get 360-views of the city, almost 500 feet above the ground. Complete with high-definition cameras and interactive touch screens, you’ll have a chance to see Dallas in a whole new way.

If you only had time for one attraction while visiting Dallas, this is probably the one you should see. Formerly known as the Texas School Book Depository building, it’s here where Lee Harvey Oswald fired the shots that would become forever etched into a nation’s memory, as he assassinated President John F. Kennedy on November 22, 1963.

The museum is full of multimedia exhibits, giving visitors a glimpse into the culture at the time, as well as the days leading up to the assassination. You’ll stand by the spot where Oswald fired the shots, from a corner window on the 6th floor, and see a number of important artifacts, including a replica of the rifle found at the scene, and forensic evidence used by investigators.

When you buy a ticket through CityPASS Dallas, you’ll have the choice between visiting the Dallas Zoo, or the George W. Bush Presidential Library & Museum. I chose the latter, but the Dallas Zoo sounds like a fantastic attraction, and where I likely would have gone had my family been with me.

The Dallas Zoo was founded in 1888, making it one of the oldest in the U.S. You’ll definitely want to check out their Giants Of The Savannah exhibit, which features elephants, zebras, giraffes, as well as a number of other species native to Africa, all dwelling together in the same setting. You’ll also embark on a safari, using the Zoo’s renovated monorail. According to their website, the one mile ride takes you inside 5 African habitats that are not accessible by foot. You’ll ride behind a waterfall to the Chimpanzee Forest, the Hippo Outpost, and the crocodile pond.

No shortage of significant events occurred during the tenure of America’s 43rd President, George W. Bush. His library and museum, located on the grounds of Southern Methodist University, commemorates many of those, in a series of exhibits. Most notable, is “A Nation Under Attack”, a stirring tribute to the thousands of lives lost during the events of September 11, 2001.

I visited the museum during my trip to Dallas and can attest to how powerful this exhibit is. You’ll also find an exact replica of The Oval Office from the time of the Bush Administration, and learn more about the decision-making process of a President, in the interactive, Decision Points Theatre. General admission is $21, with discounts for seniors and children.

More Things to Do in Dallas

In addition to the CityPASS attractions I’ve featured above, here’s my list of other top Dallas attractions. I didn’t have a chance to visit most of these during my trip, but they are all very popular, and some are even free of charge.

The Dallas Museum Of Art is one of the largest museums in the United States, with over 24,000 works of art from across the globe. A big benefit to this attraction is that general admission is free! There is a charge to see the special exhibitions, such as the current, Dior: From Paris To The World, but there are discounts for seniors, students, and those who serve in the military. The permanent collection includes classic works from artists such as Monet, and Picasso, and many others.

The Dallas World Aquarium resides close to downtown Dallas. You’ll find an enormous variety of sea life, including jellyfish, sea turtles, stingrays, and sharks, living in a vast saltwater setting. At different times throughout the day, you can watch live feedings in different areas of the aquarium. General admission is $20.95 for adults, and there are discounts for seniors and children.

This popular park is located close to downtown, offering a natural escape inside an urban setting. If you’re looking for free things to do in Dallas, this is a great spot to bring the family on your visit. If you enjoy birdwatching, or wildlife in general, there’s plenty of nature to be found. You can also rent kayaks and canoes, and paddle around the lake that’s situated inside the park. White Rock Lake is a great place to unwind in the big city.

Adjacent to White Rock Lake Park, a trip to the Dallas Arboretum & Botanical Gardens will also have you outside, enjoying the fresh air. The gardens are set on 66 acres, minutes from downtown Dallas, and include the Rory Meyers Children’s Adventure Garden. You’ll also find a number of sculptures and fountains throughout the park, which was opened in 1984.

Choose to buy lunch on site, or bring your own refreshments and eat outside, in one of the many designated picnic areas. General admission into the park is $15 ($10 for seniors), but keep in mind that there is a separate charge for parking. The price at the gate is $15, or you can opt for a discounted parking ticket online ($9) before you arrive.

Located west of downtown Dallas, in nearby Fortworth, is the famous Fort Worth Stockyards. While it’s a bit of a drive from the city, it’s the place to go if you’re looking to become immersed in the old west. The twice daily cattle drive is very unique, and the Stockyards is the only place in the world where you can see one. Avid shoppers will find a tonne of souvenir shops, where they can stock up on the latest western gear. During summer evenings at the Stockyards, take in concerts from many of the hottest country and western acts, as well as a pro rodeo series. It’s a great place to enjoy the best the west has to offer.

As the saying goes, big things really do happen in Dallas, Texas. Even though my visit was brief, I was thoroughly impressed with the city, and the sheer number of things to do. Of the top attractions, my favourite was probably the 6th Floor Museum at Dealey Plaza, for its historical significance, but I enjoyed every stop I made. I definitely recommend CityPASS to anyone visiting the city, but if you’re in town for an extended period, make sure you check out Dallas’s many other sites.

How to Spring Clean Your Finances

Withholding Tax on RRSP Withdrawals: What You Need to Know