At the end of the level term, most term life insurance policies automatically renew. The renewal premiums will be much more expensive than the initial premiums – substantially so. In fact, the premiums on Canadian term life insurance policies are so expensive these days that almost nobody renews their policies. In years past (up to about the early 90’s) it made sense to renew your term policy but with today’s policies you should be planning on doing something other than renewing at the end of the term. This Globe and Mail article discusses how pricing of these policies has changed so that automatically renewing your term policy is no longer an attractive option.

At the end of the term, you can requalify if you still need insurance. Don’t be fooled by the term ‘requalify’. The only difference between requalifying and buying a new policy (with the associated new medical exam and higher premiums as a result of your older age) is….well there isn’t any difference. I guess requalifying assumes that you bought a new policy with the same company instead of shopping around to ensure you’re still getting the best rates. In short, requalification is basically a shell game – if you can requalify, you can buy a new policy anywhere. This feature isn’t often seen in Canada, it’s a hangover from U.S. Products that used to have this available as a policy option.

There’s a reason this is important. When we’re young and healthy, buying term insurance with the intention of cancelling it in the future is great. However, for the few that become uninsurable later in life, conversion allows you to change your mind and switch over to a permanent life insurance policy – no matter how insurable you’ve become. It’s insurance for your insurance. Most folks won’t need or want to use this, but if you do become uninsurable, this clause can be the only opportunity for you to continue to get life insurance.

Tip: Some Canadians will purchase term insurance for the cheaper premiums today with the intention of changing to permanent insurance when they’re older. This defers higher premiums until later in life which may be preferable. And the conversion clause guarantees that we can change to a permanent policy later, no matter what our health is like in the future.

Typically one should purchase the term that best fits the length of time you want to keep insurance. If you’re planning on keeping the insurance for 20 years, your best bet is likely a 20 year term.
Tip: If you’re trying to save on premiums, always buy a shorter term instead of buying less life insurance. Having the right amount of insurance and a less than optimal type of insurance is preferable to having the right type and not enough coverage.

Term is insurance is relatively straightforward with few differences amongst policies. The best way to get the lowest premiums is to use a broker who shops multiple companies. But be careful – some brokers won’t quote all companies that are available or competitive. Many brokers pool their business to a few insurers and as a result, won’t quote some of the more competitive companies that may be available. Ensure your broker works with 10 or more companies routinely, not just placing 90% of their business with the same three companies.

As a broker I am reluctant to publicly mention any specific company as I don’t want to be perceived as favouring any one company. Nevertheless, there are a few companies that have added a bit of spice and polish to their policies that make them more attractive in certain circumstances.

Have a big family?: Unity Life term policies have some additional benefits (these additional benefits are not guaranteed). If a parent has a policy, and both parents should die, then the guardians of their children will receive $900/month per child. Also in the case of both parents dying, the children will receive $6000/year when they go to university. This becomes more attractive the more children you have. These benefits are in addition to the death benefits and are not conditional on both parents being insured nor are they conditional on the amount of insurance. So placing a small $100,000 term policy just on Mom (since female premiums are cheaper than male) will provide access to these additional benefits.

Guarantee your rates when you convert: A loophole in the conversion clause I mentioned above is that the premiums available when you convert are whatever premiums are available at the date in the future that you convert. We don’t know what those rates will be – but we do know that permanent insurance premiums have risen dramatically over the last year and are expected to continue to increase over the next year. If you’re over 45, Empire Life has a 20 year term policy that automatically converts to a permanent life insurance policy in year 21 – and those premiums are guaranteed today. In effect this adds an additional guarantee to the conversion clause – they’re guaranteeing your rates when you convert 20 years in the future. (Empire Life may not have the least expensive policy)

Glenn Cooke is a life insurance broker in Canada and president of Life Insurance Canada. He has more information about life insurance on his website.

View all posts by Glenn Cooke

How To Reduce Your Fixed Expenses and Start Saving Money Today 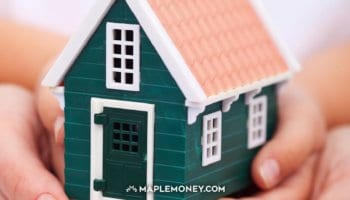 4 Ways to Deal with a Home That Won’t Sell