How to Save Money » Budgeting

What If Your Budget Doesn’t Balance? 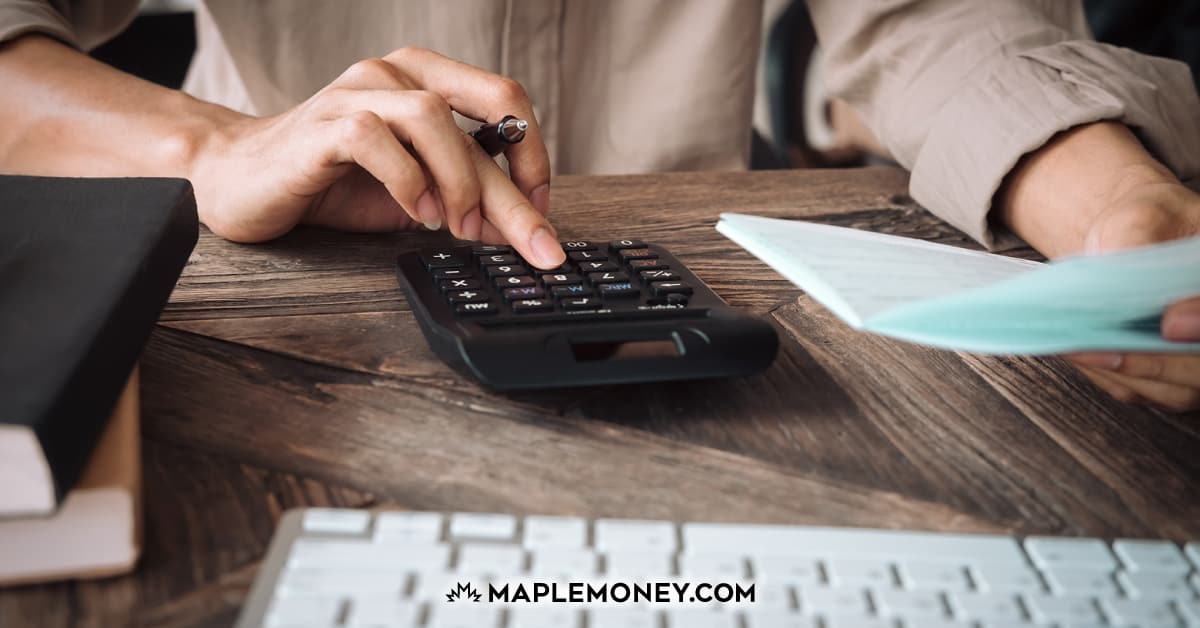 In fact, your whole life is up to you, and you have a choice and a lot of say in how it turns out. Suppose you’ve finally had it with living pay cheque to pay cheque. You’re tired of being out with friends and wondering whether that entrée you just ordered is going to cut into your rent or mortgage payment for the month. That new spring wardrobe you bought last month is still riding on your credit card at 19.75% interest. Ouch!

You’ve finally capitulated and decided it’s time to sit down and piece together your budget. Yes, now that you’ve gotten over the shock becoming your parents or your geriatric aunt or whatever other conformist, unhip stereotype you want to apply, you’re going to set up a spreadsheet or invest in somesoftware or just get out your pencil and calculator. Now what?

Well, you could start by hitting the MapleMoney category archives and reading about budgets. Or you could look at some of the great posts that Squawkfox has recently had on financial planning and budgeting. Lynnae at Being Frugal has some good budgeting posts in her archives as well. Either way, it comes down to a need to know how much money is coming in and how much is going out.

So you’ve done the math and . . . uh-oh. Your out number is bigger than your in number. I’m going to go out on a limb here and say that you’ve probably got some debt in there too that’s weighing you down. Given that you’re spending more than you’re earning, that number is certainly going to get bigger.

Now I’m not here to point fingers or scold anyone. The truth is, we’re in the same (sinking) boat right now. We’re spending more than we’re earning due to a recent (and rather dramatic) drop in our income level. We don’t have any debt other than our mortgage, but if we continue on our present course, we’ll need take some major evasive actions to avoid the debt trap.

What to Do If Income – Expenses = Negative Number

For us, this is a relatively recent development, so we have a savings cushion and we don’t have the pile of debt that would normally go along with a protracted budget deficit. But we are fully aware that we’re living on borrowed time. If we don’t do something to change the situation, we’ll soon be living on borrowed money too. While we would have plenty of company, that’s not a destination we’re prepared to visit – ever.

I would love to give you some clever post on 20 ways to balance your budget and still live like royalty, but that’s not realistic. In the real world, there are only 2 ways to balance any budget:

This is so much easier said than done. Do you mean I need to let my gym membership expire? Do I really have to cancel my magazine and newspaper subscriptions, stop eating at restaurants, pack a lunch and . . . gulp . . . give up my daily Timmie’s? Should I cut my cable bill and downgrade my cell phone package?

Well, not necessarily. But if any of the above are the only way to bring your spending in line with (and preferably below) your income, then yeah. You really need to think about what you are willing to give up in order to balance your budget.

We’ve recently made a few more budget cuts at my house, and while it’s not fun, it’s not the end of the world either. We once lived without these things quite comfortably and we can do it again. It’s still better than the alternative.

Again, this can be very difficult to do. But if you’ve made up your mind that change is necessary, then you’ve got to be open to doing what it takes to get where you want to go. Whether you decide to change jobs, take on a second job, start a side business, sell some of your possessions, or maximize your investment returns, increasing your income will definitely help. Just make sure you don’t increase your spending to go along with your new cash flow boost. 😉

Ideally, it would be great to be able to do both. Perhaps increasing your income and cutting out a few budget items will allow you to keep some of those expenditures that you value the most. No one can make that choice for you. But if you are determined to balance your budget, you may need to make some pretty painful decisions.

A budget that doesn’t balance is not sustainable. That’s a mathematical fact. You can ignore it for a while, but the piper will eventually get paid. We would rather pay on our own terms rather than those that will inevitably be forced upon us at some point in the future.

I’m going to leave you with one more quote. It’s one of my all time favourites, so you’ll probably see it here again sometime. I’ve seen it attributed to a Chinese proverb, Professor Irwin Corey, or “author unknown” in various forms. Given our current budget shortfall, it’s been much on our minds lately:

“If we don’t change direction soon, we’ll end up where we’re going.”

You are in charge of your life. If you’re headed in a direction you don’t care for, only you can change it. What are you willing to give up in order to get what you want or need?

Have you ever had to make tough choices? How did they turn out for you?

10 ways to save big at farmer’s markets

Using coupons just because you have them – don’t do it!