Why I’m Okay With Most People Getting A Tax Refund

I haven’t completed my return yet, but I have started on it. This is significant, considering I usually don’t bother starting on it until about April 15th. In fact, I’m probably about halfway done. I should probably buckle down and finish up the rest, but I’m not entirely motivated by the activity. Partially it’s because it’s not a very pleasant thing to do, and partially because I know that I’m going to owe the government money this year.

If you’re due to be getting a tax refund, I can see why you’d be a little more excited about doing your taxes. That’s your money, just sitting there, waiting for you to claim it. You can use it for all sorts of stuff, some things would be smart, others would be foolish. Still, letting the government just keep it would be the most foolish of all.

This begs the question: should you even be getting a tax refund at all?

Negatives About Getting A Tax Refund

Most employers automatically take off a little bit extra on your withholding tax, since they don’t want to hear you complain they didn’t take off enough. With just a little work, you can get HR to take off a little less, at least bridging the gap between your refund and owing the government nothing. It’s actually pretty easy to do, assuming your HR person has greater brain power than a peach. Most tax returns are simple enough.

We can take this a step further if you’re sitting on credit card debt. That $50 per week could be used to pay down that debt, getting you a guaranteed 18% return. By letting the government use that money for a whole year, you’re missing out on a few bucks.

However, saying all this, I think most people should be getting a tax refund.

Positives About A Tax Refund

Most people aren’t very smart with their money. They waste it on booze, lottery tickets, and all sorts of other stuff. They also occasionally use it to buy stuff they need too.
If most of the population had an extra $50 a week, they would let it slip through their fingers. They wouldn’t save it, or even use it on their needs. They would simply spend it foolishly.

All that $50 would be is an increase in disposable income. After all, somebody is still going to be able to provide for all their needs without it. Most people just view disposable income as more money they can spend. Sure, you and I look at it and see additional money we can save, but does the rest of the world? They’d find a way to spend it.

When somebody gets a large lump sum, like a tax refund, it causes them to pause for a moment and consider what they’re going to do with it. If someone gets their $50 per week in a lump sum, that $2600 all at once is going to feel like a lot of money.

Sure, they still might blow it on something. They might put it into savings with good intentions, and then to find out a couple months later that it’s all gone. Or someone might use it to buy a rockin’ home theater system or hockey season tickets. The point is, if they waste away their lump sum or if they waste their extra cash every week, aren’t they in the same boat?

Hopefully, if somebody handed you a cheque for a large amount of cash, you’d do something smart with it. I have no scientific evidence to back this up, but I know I’d be more inclined to pay down debt with a lump sum than I would be if I got a little extra every week.

However, if you’re one of those people who has no debt and has their financial house in order, then by all means. Get rid of that tax refund. You’ve earned the right to your money.

8 Tips for Shopping with Kids 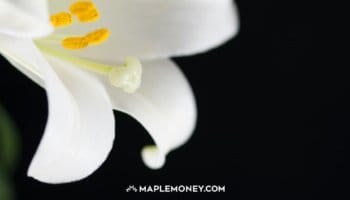 What Is the CPP Death Benefit and Who Should Apply? 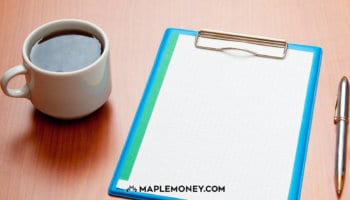 How Long Will It Take to Double My Money? The Rule of 72