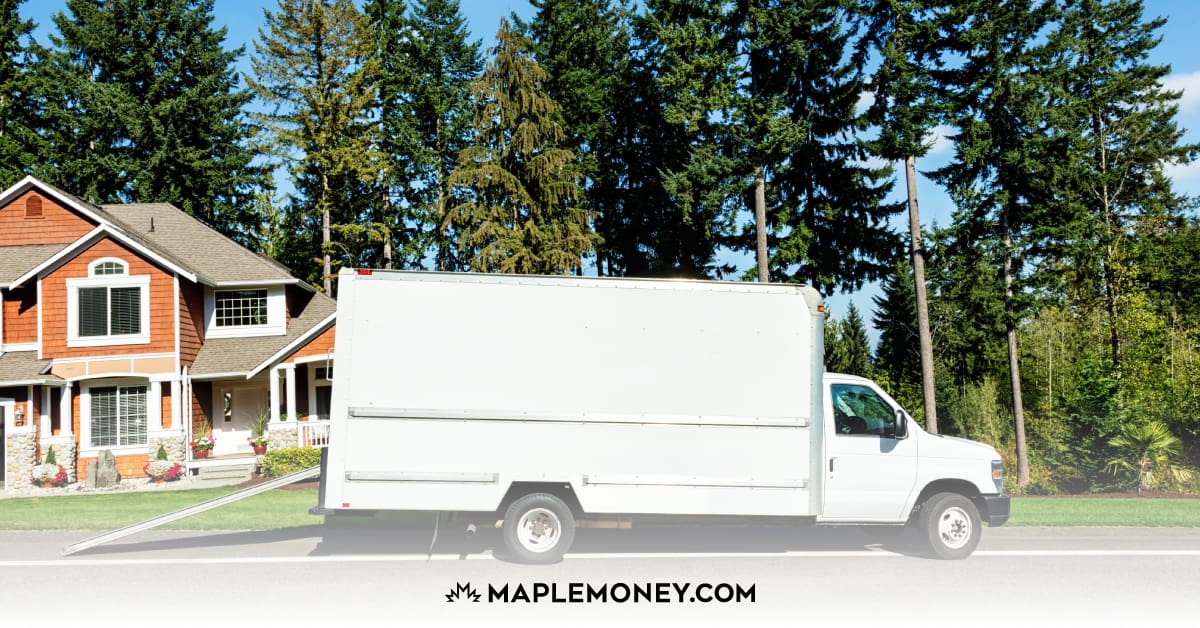 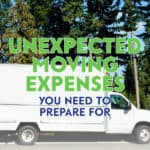 Sometimes things cost more than you expected. Sometimes, you know that things are going to cost more, you’re just not sure where and how it is going to hit you. We moved over this last weekend, and we ran across a couple of unexpected moving expenses. Thankfully, they were only unexpected in the sense that I wasn’t sure where, exactly, the extra cost would come from, but I had budgeted a couple hundred dollars extra for the many costs of moving “just in case”. Well, here is where we got dinged this time around.

The last time that I moved, I went with a Uhaul truck. I was quite happy with their service at this particular branch, so I wasn’t too afraid to try it again. Classic uHaul, however, demands that we received a phone call the night before our scheduled pickup, telling us that the truck that we had reserved, the truck that we had called to confirm would be there, had just been sent out on a one-way trip and would, therefore, not be available come the following day. Thanks, uHaul. Well, now our options were a smaller truck, or a significantly larger truck. We went with the larger one, fearing that the smaller one would not be an adequate size. So instead of a 20′ truck, we now had a 26′ truck.

However, larger trucks cost more in a couple of different areas when it comes to uHaul. First, and foremost, they take more gas to move. Seeing as you have to return the gas to its previous level when you return a uHaul truck, this meant we would be spending more on gas for the truck rental. Okay, no big deal. What was a big deal, however, was that we are moving to Vancouver Island, which necessitates a trip on the Ferry. The ferry that charges for every foot past 20′ to get onto the ferry. Knowing this, we immediately made it clear to the uHaul rep that we would be out of pocket some extra money for the move, and asked for some sort of refund or reimbursement for the cost. So we got $60 off the cost of the rental, which we figured would cover the extra cost on the ferry. It did not.

So uHaul advertises their trucks in terms of length. You have everything from a 10′ cargo truck to a 26′ cargo truck. What is not immediately apparent, however, is that the length measurement is actually the length of the cargo space, not the entire truck. So when we arrived at the ferry, the kind attendant measured our truck to determine our ferry cost, and measured it at 33′. Not 26′, 33′. Yikes. So instead of an expected ~ $120 cost for the ferry, we were suddenly looking at a $225 bill – and we needed to bring the truck back the other way as well.

Now, BC Ferries also has a policy where vehicles that are registered as more than 5500kg area are automatically classified as “commercial” trucks. Therefore they pay a commercial rate, which is part of the reason why our ferry cost was so much more than expected. Little did we know that taking a “slightly” larger truck would result in so much extra cost! uHaul wasn’t really doing us a favour by offering us a larger truck, but seeing as taking a smaller one wasn’t an option, we were suddenly looking at much higher moving costs.

On the return trip, however, we were only charged as an oversized vehicle, meaning that our cost was closer to $160. So I phoned uHaul to see if our truck was, in fact, over the 5500kg limit. I was told that the empty weight of the 26′ truck was 11,570lbs, which is slightly less than the 5500kg cutoff. A few phone calls to BC Ferries later, and now I am waiting for a phone call from their Revenue Department to see if we can get part of the Commercial rate refunded to us, as we were misclassified and therefore charged an inappropriate amount.

We came up to a couple of situations where we had to make a decision between saving some money and the potential loss of all our goods. The first was the night after we got the truck. We had loaded it, but parked it, intending to hop on the first ferry the next morning. The moving truck, however, did not have a lock for the rear door, meaning that anyone could just walk up to it and take things out. Now, we lived in a terrific neighbourhood and I highly doubt that anybody would have gone into the truck. Even if someone had, the majority of our expensive goods were pilled near the back, so they would have had a heck of a time getting something out of the truck in a short amount of time that was worth any money. Regardless, it is disconcerting to think that someone can rifle through your things while you sleep. Therefore, I was sent to purchase a padlock for the truck. It only cost $15, and I probably could have gotten a cheaper one, but I wanted to make sure I got a decent one that would work with the lock handle on the truck.

Later on, once we had moved our things into a storage space, we had the option of purchasing insurance for our goods. Again, it is highly unlikely anyone would be able to break into our locker, or that a fire would start, or that a water pipe would burst. However, those things could happen, and if they do, we would have wished we purchased insurance. So we did. It was another $50 or so, for the duration that our things will be there, and we certainly didn’t have to purchase it. But we decided to eat the cost of the insurance just so that we would have peace of mind about our property while we are unable to take care of it.

Searching For A Place To Live

This cost that hit us in our transition to a new abode is one of transportation and time. We did a lot of looking for places to live, and that has resulted in a lot of driving around. We spent an entire day (6 hours or so) looking at 10 or 11 different suites. That is a lot of ground to cover, and a lot of time wasted. I must repeat “wasted” because some of the places that we looked at were absolutely horrid, including less than legal suites and less than clothed landlords. One can expect to have a higher than average gas bill for the month, as well as extra “eating out” costs as appointments run late and meals are missed.

This part is probably the most dreaded of the moving process. There’s nothing quite so tedious as collecting and filling box after dusty cardboard box with odds and ends of things that you don’t quite remember how they got into your possession. You can expect a number of costs here, not the least of which will be the time that you spend gently wrapping each individual plate and glass from your kitchen. Don’t forget to label each box where it goes to save time unpacking later, else you’ll be stuck with two dozen boxes of “miscellaneous”. While you can save some money by getting boxes for free off of craigslist or at local businesses, you might need to invest some money in packing tape and packing paper.

It costs about $30 to have all your mail forwarded for 6 months through Canada Post. That is a convenient one time fee, but realize that you still have to go to each individual website, find the place to change your address, and hope that it goes through sometime in those six months. Also expect to be incredibly frustrated as you can’t find the option to change your address, so you call the customer service number and waste 30-45 minutes on the phone instead. Just off the top of my head, we need to change our address with:

and probably half a dozen other entities that only mail me once a year (ICBC, BCAA, etc)

For moving day itself, set aside at least a couple hundred dollars. First, find movers that are in your area and compare them all and then decide if it is worth it. Depending on the size of your move, you may have hired a moving company (please be sure to get a reputable one, and that means paying a little more), or you may have rented a moving truck (please be sure to reserve one far in advance, and show up early to pick it up). Expect lots of last minute purchases (we already packed away the broom! Quick! Buy a new one!), paying for a meal or two (plus enough food for your begrudging friends/family/local college students), and any other unexpected situations that may arise (parking? tickets? getting electricity reconnected?)

Even once you have moved all your precious belongings into your new house, you will inevitably find out that the perfect little table that you built for the perfect little nook in your previous house no longer works. In fact, your couch may not fit, your bed may be too small, and none of your dishtowels will match your new kitchen. Expect that sometime, within six months of moving in, a moderate to large furniture purchase will happen. It may just be new curtains or an area rug, but it is one of those inevitable things that seem to crop up post moving. Plan for it, expect it, and everything will be well.

How have your moves gone? Have you had many unexpected moving expenses?

How to use your credit card to protect your purchases

How Do You Prioritize Your Purchases?

Is There a Superior Canadian Alternative to Personal Capital?