Watch Out for These Dirty Car Dealership Tactics 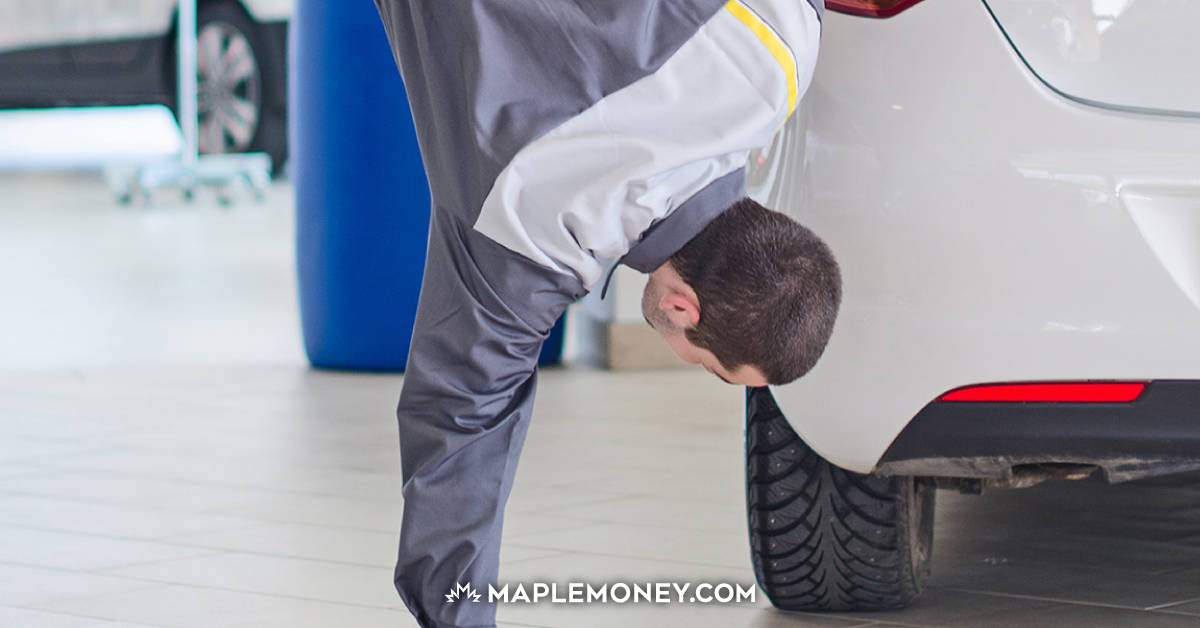 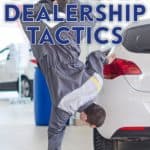 Sometimes the stars just don’t line up. My wife and I have been looking for a car lately. We got a car loan, we did research, we even test drove some cars. We thought we were ready to buy a car, so we went back to the best car that we found and took it for a drive again. Everything went well, and we knew we could afford the car, so we went in with the salesman to look at the papers.

This being the first time we have ever bought a car, we learned some valuable lessons. First and foremost: if it feels wrong, don’t do it. Our first clue that it wasn’t meant to be was when we first sat down. I asked who the previous owner was, and I wasn’t given an answer. It was weird. He brushed me off, saying they get cars from all sorts of places. This, to me, is a valuable piece of information. It can give you an indication as to how hard the vehicle has been driven. For example, I would rather buy a car that was driven by a grandmother to her children’s house as opposed to a car that was used by a rental agency.

Anyways, at this point the salesman pulled out the paperwork on the car. He showed us the insurance report (which shows whether or not an accident has ever been reported on the vehicle). None had been reported, so he brushed that off quickly. He then showed us the repairs that were done on the car when it was brought in, adding that “the service shop likes to charge the sales department, which is why things look like they cost a lot”, and “these didn’t need to be done, the service shop just felt like charging us”. We again asked some questions but these were brushed off as, “minor, very minor”.

After that, he asked us if we would be financing or paying cash. We hadn’t even agreed to buy the car yet, so I simply said that it depended on the price. So he got out a piece of paper and started to copy things down, like the make, model, price, etc. At the bottom he wrote, “I will buy this car today if the price is agreeable”. He asked me to sign, which I did, but only because I knew it wasn’t contractually binding and was just a tactic to get me to feel compelled to buy the car.

From there, it went downhill. He wrote the price, the sale price, and started adding fees. He added a document fee, stating that it was mandatory and that theirs was very reasonably priced at only 395 dollars. When we asked what it was for, he said that they have to check to make sure that there isn’t a lien on the car. He then added a fee for ETCH, which he explained was putting the cars VIN number on all the cars parts so if it got stolen we would get more money back from our insurance plus even more money from the dealership to buy a new car. That would cost us an additional $299. When we asked for the guarantee of additional funds in writing he said, “I can’t lie. We are a big dealership and so I would get fired if I lied”. When we explained that the document fee would be done for us for free by our bank, and that we didn’t want ETCH, he said he might be able to get his manager to take ETCH off because, “I know how to work my manager”. But the document fee stays because “it does more than check for a lien”. What, exactly, he could not say.

After a bit of a stalemate he asked me what I would like to pay for the car. When I told him, he put his hand to his forehead, sighed deeply and told us that this conversation was over. He explained that they were only making a thousand dollar profit on the car at this point, so there was no room to negotiate. I obviously had offended him deeply. So I finally told him to ask his manager if we could buy the car for $300 less than the listed price plus tax but no other fees. He left, and the manager came out, told us we were asking too little for the car so we probably should just leave.

All in all it was quite a poor experience. Having never negotiated for a vehicle, and having only read about it, I expected some of these tactics but figured that when we simply refused, they would sheepishly grin and say, “oh well, we tried, here’s your car”. The funny thing is, we would have bought the car if it was simply sold for the listed price plus tax. We wanted to pay a bit less, but we were willing to pay the listed price! If only they hadn’t tried to haggle us for a “document fee” or for VIN etching, they would have sold the car. I guess they figured they would wait for someone else that wasn’t as willing to say no to come along.

At first we felt really poorly as well, because even though we figured it was all an act, there was a glimpse of doubt in our minds as we walked away from the dealership. To another dealership, of course, where the first question we asked was, “Do you charge a document fee?” (they didn’t, and confirmed our suspicion that it was a scam).

The biggest lesson that I learned was that a car sale that seems too good to be true definitely is. Dealerships don’t really care how they get their money, whether it is the listed price, a document fee, or some other made up reason. The margin on a vehicle isn’t quite as high as I thought it was, so if you see two exact cars at two different dealerships for vastly different prices, I can guarantee that the dealership that has listed the car for less money will try to make up for it with one fee or another. Be careful, and give your business to an upfront salesperson that will sell you a vehicle that they stand behind.

What dirty car dealership tactics have you come across?

Everything You Need to Know About Scotia Rewards

How to use your credit card to protect your purchases

Help Pay for Your Education with the Lifelong Learning Plan (LLP)