Marrying For Money and Earning Potential

I sometimes find it interesting how many people automatically jump on the idea of marrying for money, or the earning potential of a partner. Of course, if that is the ONLY reason that you are marrying someone you’re probably going to run into problems, but to pretend that the ability to contribute to an increased style of living has no bearing on relationship choices is ridiculous. This is especially true when you consider how many relationships run into trouble specifically because of financial decisions.

It has been fairly well established at this point that women have been biologically predisposed to wanting a partner that will provide for them. This is a leftover from our old hunter and gatherer days when the physical strength of men, as well as a certain type of intelligence was highly prized as one of the only means of providing food. Naturally chicks used to dig a caveman that could feed them, and their future children. Eventually it became instinctual (or so those science types tell me). So who can blame a gal then if she is attracted to a dude that will continue to put food on the table for the family… and a nice car… and a sweet yearly trip… and a mansion etc. It’s in the DNA for crying out loud! To pretend it isn’t there, and to try and look down on others is a bit much. All other things being equal between two potential partners, I don’t think there are too many people that would choose one with lower earning potential. There are reasons why people continue to write bestselling books about how to meet wealthy guys after all (hint: shop in the grocery store in the ritzy part of town).

Are Women The New Alphas?

One of the really interesting things to me is to watch this dynamic become sort of reciprocal as we go through this paradigm shift that is currently place within the workforce. If women’s instincts have honed over years to zero in on the dude that will let them live in style (whether that means eating meat twice a month in 10,000 BCE, or driving a BMW on Desperate Housewives in 2012), what have men’s instincts become? There is little doubt at this point that women will begin to supplant more and more of their husbands as the breadwinners in the relationship (especially in North America). Many more women are going on to post-secondary education than men are, and the traditional idea of “man’s work” doesn’t match up well with the current information-based economy. Will men begin to adapt and look for women that can provide for the family, as well as produce offspring? I know that I encourage my male high school students to pay attention in class so that they can attend university. When many of them ask why that is important, I merely reply that there are now 3 girls for every 2 guys at most North American universities. If they can’t do that math, they don’t deserve a girlfriend. Never underestimate the power of 16-year old male hormones!

In the high school world that I inhabit on a daily basis the traditional shallow values still hold sway. Alpha males are still the jocks that pick on the “nerds” and the ability to provide is still determined by who has a decent after school job. Whichever girl has the usual eye-catching attributes generally continues to rule the roost. While many adults (or at least those in the staff room) tend to look down on these relationship criteria, is it possible that the ones that govern adult relationships are just as shallow, albeit better camouflaged?

Balance Your Savings and Investments While Raising a Family

How to Budget Irregular Income 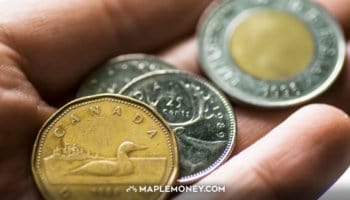 How to Invest in Canadian Penny Stocks

How to Make Money